Change our official name to Aotearoa 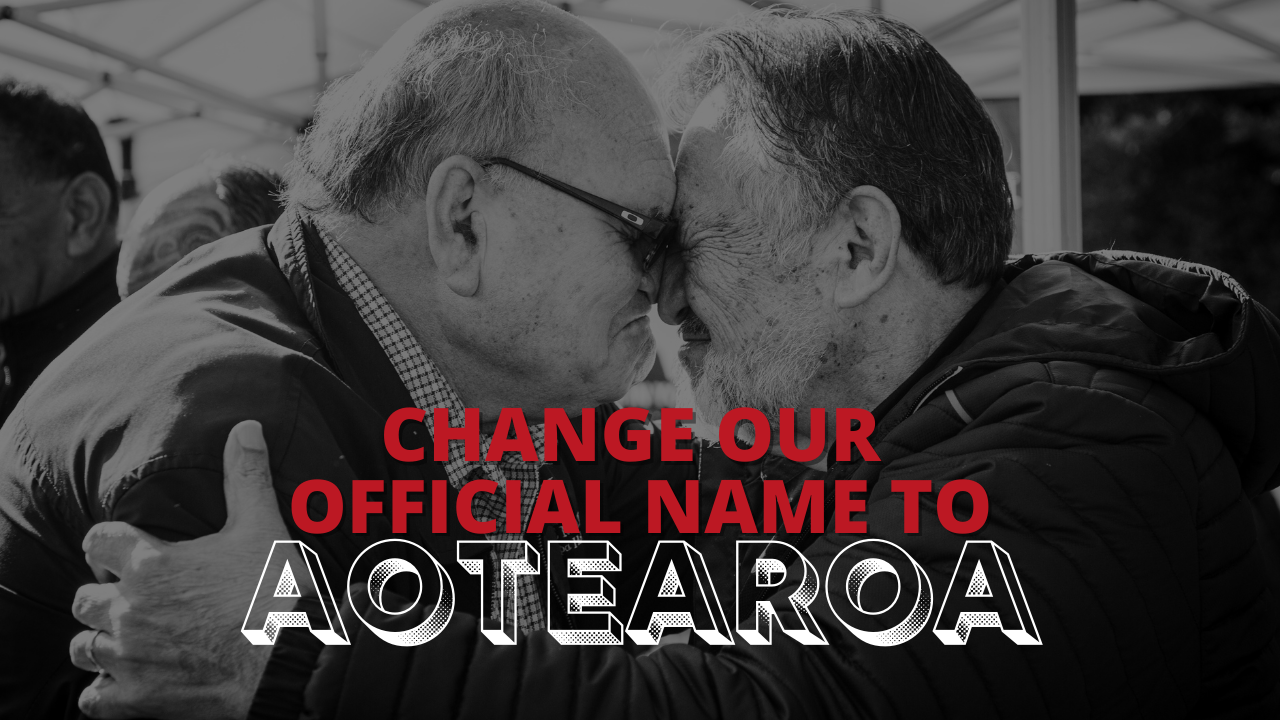 That the House of Representatives change the country’s official name to Aotearoa, and officially restore the Te Reo Māori names for all towns, cities and place names.

Change our official name to Aotearoa

Te Pāti Māori are calling for the House of Representatives to;

It’s well past time that Te Reo Māori was restored to its rightful place as the first and official language of this country. We are a Polynesian country – we are Aotearoa.

Name changes over our whenua and the imposition of a colonial agenda in the education system in the early 1900s meant that Te Reo Māori fluency among our tupuna went from 90% in 1910 to 26% in 1950. In only 40 years, the Crown managed to successfully strip us of our language and we are still feeling the impacts of this today. It’s totally unacceptable that 20% of the Māori population and 3% of people living in Aotearoa can speak te reo Māori.

This petition calls on Parliament to change New Zealand to Aotearoa and begin a process, alongside whānau, hapū and iwi, local government and the New Zealand Geographic Board to identify and officially restore the original Te Reo Māori names for all towns, cities and places right across the country by 2026.

Tangata whenua are sick to death of our ancestral names being mangled, bastardised, and ignored. It’s the 21st Century, this must change.

It is the duty of the Crown to do all that it can to restore the status of our language. That means it needs to be accessible in the most obvious of places; on our televisions, on our radio stations, on road signs, maps and official advertising, and in our education system.

Please support this petition, share far and wide and let us bring our Aotearoa hou into realisation.