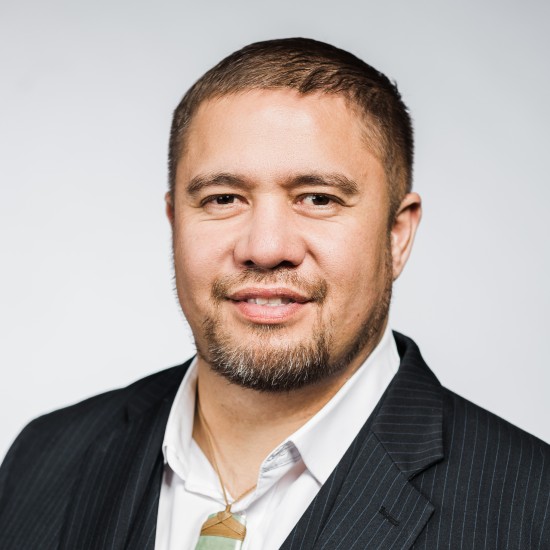 Che Wilson was raised as part of a large extended whānau at the foothills of Mount Ruapehu and has been involved in tribal activities and leadership from a young age. He was granted access from the age of 11 and entrusted with knowledge from his tribal Whare Wānanga.

Che is the Managing Director of Intugen Limited. Through Intugen, Che focuses principally in the tūpuna wisdom space as a guest speaker, consciousness coach, resource developer, and a podcaster on a range of social media platforms as well strategy and facilitation. Che, until recently, was the Chair and Chief Negotiator for his iwi Ngāti Rangi to settle historic grievances.

Che is a director on Ātihau-Whanganui Incorporation (brand name AWHI) which supplies red meat, dairy, fibre, and manuka honey to the local and export markets, is the chair of Te Reo o Whanganui, a board focused on the revitalisation of the Whanganui dialect and a trustee on Ngā Tāngata Tiaki o te Awa o Whanganui (the board that governs the tribal interests and represents the voice of the Legal Personality for the Whanganui River). He is also on the Māori Advisory for Southern Cross Health and Te Kāhui Raraunga Trust.

Che was part of the first Māori delegation of Te Hono Movement in 2013 to Stanford University and again in 2014 and was Deputy CE of the Ministry for the Environment.