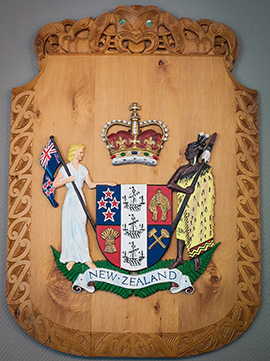 The Māori Party is deeply concerned by provisions in the COIVD-19 Public Health Response Bill, which is currently being rushed through Parliament under urgency and with no select committee process, that enable police to enter marae without search warrants.

The Māori Party is deeply concerned by provisions in the COIVD-19 Public Health Response Bill, which is currently being rushed through Parliament under urgency and with no select committee process, that enable police to enter marae without search warrants.

The Party’s Co-leader and Te Tai Hauāuru candidate Debbie Ngarewa-Packer is calling on the Government to immediately remove these provisions from the Bill before it passes through the House later today.

“We are gravely concerned about the Bill’s provisions that propose to increase police powers including the suspension of the search warranting process. This is fundamentally undemocratic and a clear case of state overreach,” said Mrs Ngarewa-Packer.

“This legislation represents one of the biggest breaches of our fundamental rights as tangata whenua and citizens of Aotearoa that we’ve ever seen. The state having unlimited powers to enter marae is simply unconscionable.

“Whānau, hapū and iwi Māori have demonstrated that we are capable of keeping our own communities safe during this crisis. This provision is driven by the idea that the state has complete authority over our people when this is clearly not true – Te Tiriti o Waitangi guarantees our tino rangatiratanga,” said Mrs Ngarewa-Packer.

“It is incorrect of Minister Kelvin Davis to claim that the Government has removed references to warrant-less searches of marae in the bill, when actually they haven’t. The intention and effect of the law remains exactly the same,” said Mrs Ngarewa-Packer.

“The Government needs to urgently remove all reference of warrant-less searches of any specified private premises, including marae.

“The right of tangata whenua to have authority over and remain safe within our own homes and marae is not only a fundamental principle of the New Zealand democracy, it also a right premised in Te Tiriti o Waitangi.

“Nothing justifies continual and unchecked breaches of the Te Tiriti, not even the pandemic response. The Māori Party will always fight against the erosion of our rights,” said Mrs Ngarewa-Packer.